i took j for a haircut today.  he was an ANGEL.  normally i have to have a stiff drink afterwards even if the haircut takes place at 9am.  it’s 5 o’clock in Qatar and that’s good enough for me.  i was already lining up drinking buddies for later but turns out i didn’t need them.  i hope we have turned a corner.  the stylists at the last place we went said that little boys just hit a stage and they HATE haircuts.  she promised me that they would eventually be cool with it again.  i don’t know if that’s what today was or whether it was a little favor from God that i am going to owe him for later.  either way, i don’t look a gift horse in the mouth.

after haircuts we went to get Easter pictures.   I’d love to post one for you here, but I am going to have to ghettoclick one later after I get the hard copies.  they watermarked all over them and they don’t let you buy the jpegs?!?  whatever.  the lady was SO GREAT with them.  SO GREAT!  normally i take all the kids pictures but the red door background  with white rocking chair pictures are pretty played out. 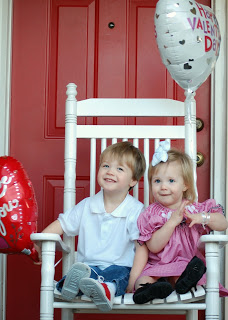 hey there kids in the white rocking chair in front of the red door.

look! it’s c crossing the delaware on that same damn white chair in front of that same damn red door.
i thought the lady was fabulous and i would have tipped her but i didn’t really know tipping protocol.  maybe i’ll tip her when i go back to pick them up?!?  who am i kidding?  i’ll totally be too busy getting my ghettoclick on so i can get them up on facebook.
the most eventful thing that probably happened all day though was the triple– maybe quadruple take i got while i was driving with the windows down and playing some sweet air drums to yo gabba gabba while the kids slept. i really don’t see what’s so wrong with that.
i hope everyone has a great Easter.
p.s. i totally added “ghettoclick” to Urban Dictionary but the editors have to review my entry, so you’ll just have to wait for that gem.
p.p.s. it’s approved.  ghettoclick  you are welcome for that major contribution to America.  next, i’ll tackle the deficit.