i have been stubborn since before i was born.  never mind that my birthday is august 1, but my due date was july 12th.  poor mommy.

on the day of my grand entrance, i also decided to hang out a little longer than i was invited to and i had to be  pulled from my cozy cocoon by forceps.  the forceps made my head knotty all over.  (let’s just be glad that women at west point didn’t have to shave their heads too.  ewwww)   the most notable of my head bumps is this guy…

ewwwwwwwww.
anyway, it’s been there literally since the day i was born and i never much notice it aside from the occasional panic attack that it gives hair dressers.  but, about 2 months ago it started hurting.  my childhood pediatrician said that if it ever started bothering me, it needed to come out.  i don’t think that anyone thought that the day would come *cough* thirty-ish years later, but here it is.
i hope it’s not my twin.  oh come on, you know you thought that too.
and I hope it doesn’t have teeth and a vendetta against the person who absorbed it.
i had my appointment today to schedule my surgery.  i had never been to this doctor before.  the office was nice and all the rooms were themed!  kind-of like where the kids go… 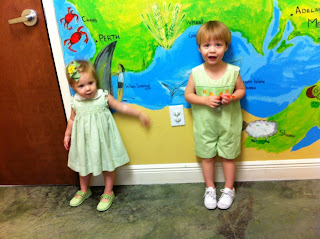 the prostate cancer themed room?  ohhhhhhh no.
the kids get to go to continent and country themed rooms.  so cute.  i got prostate cancer?  awwwkkkwwaaarrrddd.  the most uncomfortable thing about my whole appointment was having to sit with that behind my head for an hour.
anyway, normally they just take it out in the office, but because this guy is so big they have to take it out in the surgery center.  it’s really NO BIG DEAL.  seriously.  it’ll just bleed a lot probably and the dr. doesn’t want to ruin his Gucci suit.  i’ll be under twilight sedation (re: i’m going to say some truly embarrassing things that will probably get written down in a secret surgery center book somewhere) and it’ll be over in 30 minutes start to finish.
i’ll keep y’all posted on how it goes.  i am anticipating a 5lb weight loss on the scale and feeling overcome with liberation.