i have been asking myself this question a lot lately : “at what point do you just say eff it and turn on hgtv or an adam levine for proactiv infomercial instead of even bothering to go back to sleep?”  tonight’s answer is 2.5 hours after tossing and turning.  adam levine, i can’t wait to see your pimply teen years #tbt pictures for the 5th time this week. 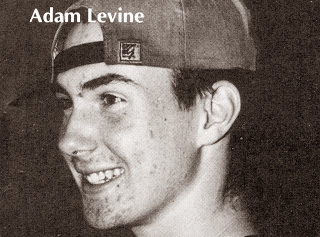 you have stolen all my joy, 15 year old Adam Levine.

i haven’t blogged at all since we have been showing the house.  life has been crazy and keeping a house reasonably clean 24/7 is a lot harder than it looks.  especially when you are elephantesque and running around picking up after two people a 3rd your size but 3x as smart as you are.  we’ve had 6 showings which basically amounts to 2 per week or in other words, just enough time to really get your house good and messy before you have to clean it up again.  it’s been decided that if our house doesn’t sell before we leave, we will just open it up to hobos and squatters and take the tax deduction– i mean we have to heat the damn thing anyway to keep the pipes from freezing.  if we are lucky, maybe a hobo will build a bonfire on our carpet and just burn the place down.  i’d be sad to see that fine pool table go, but by then it’ll probably be covered in hotdog juice and possibly urine, so it’s probably not that much of a loss.  or maybe i’ll give it until the end of january before i open it up to squatters.  decisions. decisions.

as for christmas, we had a wonderful time (even if admittedly j and i were a smidge homesick). it’s way more magical to watch your kids open presents from santa than it ever was to be the opener.  if the state of my den floor yesterday morning when the realtor called about a showing (to which i responded a whispered “shit”) is any indication of the fun that they had on christmas day, then i’d say it was a good one.

they both got bikes this year.  they requested them after tooling around goodwill one day like peewee herman on the used ones in the store.  what’s hilarious to me though, is that in the store when they were trying to escape one very red-faced, angry mommy they were riding around like evil knievel leaping over scary porcelain soulless teddy bears from the 1970s, but the minute we put them on the street in their helmets and appropriate protective gear suddenly they only know how to peddle backwards…aka brake.

i don’t think she quite understands that bike means sweet, succulent freeeeeeedddom.
the kids got lots of other things they liked a lot.  another big hit was the karaoke machine.  i actually have been considering this gift since about july, but couldn’t commit unless i found a ibuprofen delivery service. oddly enough that doesn’t exist.  surprisingly, the kids singing at 8000 decibels and even the disco light show coming off the front doesn’t bother me in the least.  baby j is a LOUD TALKER anyway, so really karaoke j isn’t that much different.  the thing that does bother me that i didn’t even consider is the awful, awful squealing noise that the kids make when they get too close to the machine with the microphones.  it’s like edward scissorhands’ nails on a chalkboard.  j and c are completely oblivious to the noise, which either means a. i was a dog in a former life or b. they both need their hearing checked.
they also got legos this year. i can confirm that any house that contains legos should be osha regulated. 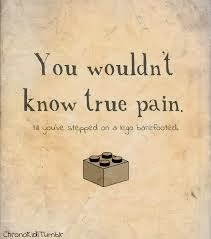 so that’s what is happening in our neck of the woods.*

(*i am sorry i stole your catch phrase al roker).